If you have a rare disease with any kind of physical abnormality, then you most likely get a few stares when you’re out in public, maybe even on a daily basis (I sure do). And I’m going to be honest—it hurts. No matter how old you get or how confident you get, staring is one thing that can really sting. It can be difficult to cope with this experience because of how recurring it is. Consistent, everyday negative attention might give you the feeling of constantly getting torn down emotionally. It’s not a pleasant thing. Having gone through this nearly every day of my life, I’ve built up some coping strategies to help me get through it. There are many points to remember when facing a hardship like this, but here are 5 significant ones that may help you get past some of those rude, ignorant stares.

1. They don’t know what you’ve been through.

I’m sure you’ve noticed this, but strangers are the worst of them when it comes to the problem of staring. People don’t have the right to make you feel any negative way, especially total strangers. They don’t know who you are, what hardships you’ve been through, or where you’re going. If you have CLOVES Syndrome or any other rare chronic disease, you’ve undoubtedly been through a lot. You don’t deserve anyone tearing you down, especially strangers on the street who have no idea who you are. If they knew a fraction of what you’ve been through, they would not act in such a harmful way towards you. But they don’t know about your past because they are just the blurry people you pass on the way into the grocery store or on a walk in the park. They’re just strangers—why waste time stressing about them?

No matter what happens, no matter how many people choose to stare, always remember to keep your chin up. You know you are better than the people impolitely looking at a part of your body. You know what you’ve been through. You know who you are. While it’s difficult sometimes, there is so much strength in holding your head up, strutting by, and leaving those people in the dust. Try your best to not let them get to you; they are just not worth it. You are strong, and that’s why you can do this.

While there are many people that are rude about their stares, there are many others that stare because they’ve never quite seen anyone like you. Because you have such a rare disease, this is something completely new to people who aren’t educated on your syndrome. They might have trouble not staring because they are trying to figure out what you’ve been through. Some of those people may go as far as to ask, which I personally think is the best way for someone to go about their actions. When they ask, they care enough to learn more about you and a syndrome they may have never heard of. If they don’t ask, so what? Like I said, not worth the stress. But it’s always important to keep in mind that most people stare simply because they have never seen a rare syndrome such as yours before. That doesn’t make it okay to stare, but it does help sometimes to know why some people do it.

4. You have the right to confront them, especially when it gets particularly bad.

It took a while for me to confront people, but once I finally built up the courage to do it, I almost always do it now. If people are being particularly rude, just march right up to them and say, “What are you looking at?” This will startle them for sure because they think for some reason you can’t see that they’re talking about you (um hello? I have eyes?). When you confront them, sometimes you can get a little laugh in as you watch the color drain from their face in embarrassment. Most of the time, they’ll get real uncomfortable, mutter something, and run away. I really get a kick out of those ones. That just proves those types of people aren’t worth your stress. And you get a little entertainment out of it as well.

Or, this presents the opportunity for someone to ask about you. Maybe they were too nervous or uncomfortable to come up to you and ask what happened. If you initiate the conversation, maybe they will take that chance to ask the question they were thinking: “What happened?” At that point, you can tell them about your syndrome. You can educate them on the rare disease you have. This is the best outcome of situations like these because you actually get the chance to teach someone about your rare disease. I always say the more that people know, the less they stare.

Last and most important, the rude ones aren’t worth it! Unfortunately, people are going to stare. And some people will be very obvious about it and very rude about it. But you know what? Their disrespect isn’t worth stressing over. It’s going to get under your skin, but remember that you are more than what they make you feel you are. The rude stares and whispers might sting, but you are so much more than that. While it’s unavoidable to feel a certain way when these people stare at you, it is avoidable to let it really get to you.

Nobody has the right to hurt you, let alone hurt you so much to the point where you feel judged by your rare disease. They don’t know you, and they are completely disregarding any feelings you have by the hurtful actions they make. If they are low enough to judge you without getting to know you or see how talented, kind, and stunning you are, then they aren’t worth one cent. It can be hard to stay strong going through the toughest of experiences, but it’s helpful to always keep in the back of your mind that worrying about unkind people is a waste of effort. Those that choose to not see you for you and instead pick out your flaws are simply not worth getting upset about. You are so much better than them. 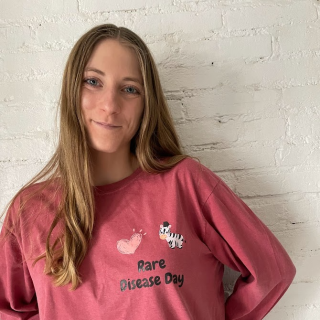